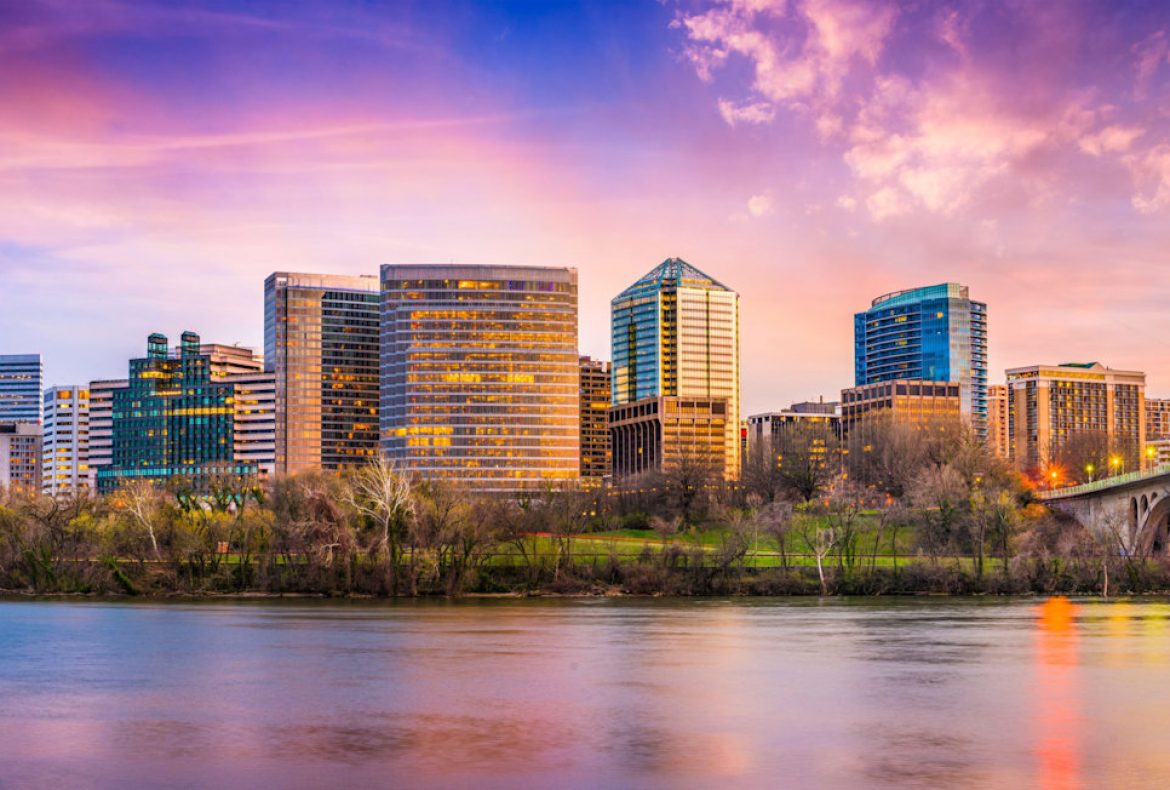 Arlington County is a county in the Commonwealth of Virginia, often referred to simply as Arlington or Arlington, Virginia. The county is situated in Northern Virginia on the southwestern bank of the Potomac River directly across from the District of Columbia, of which it was once a part. The county is coterminous with the U.S. […] 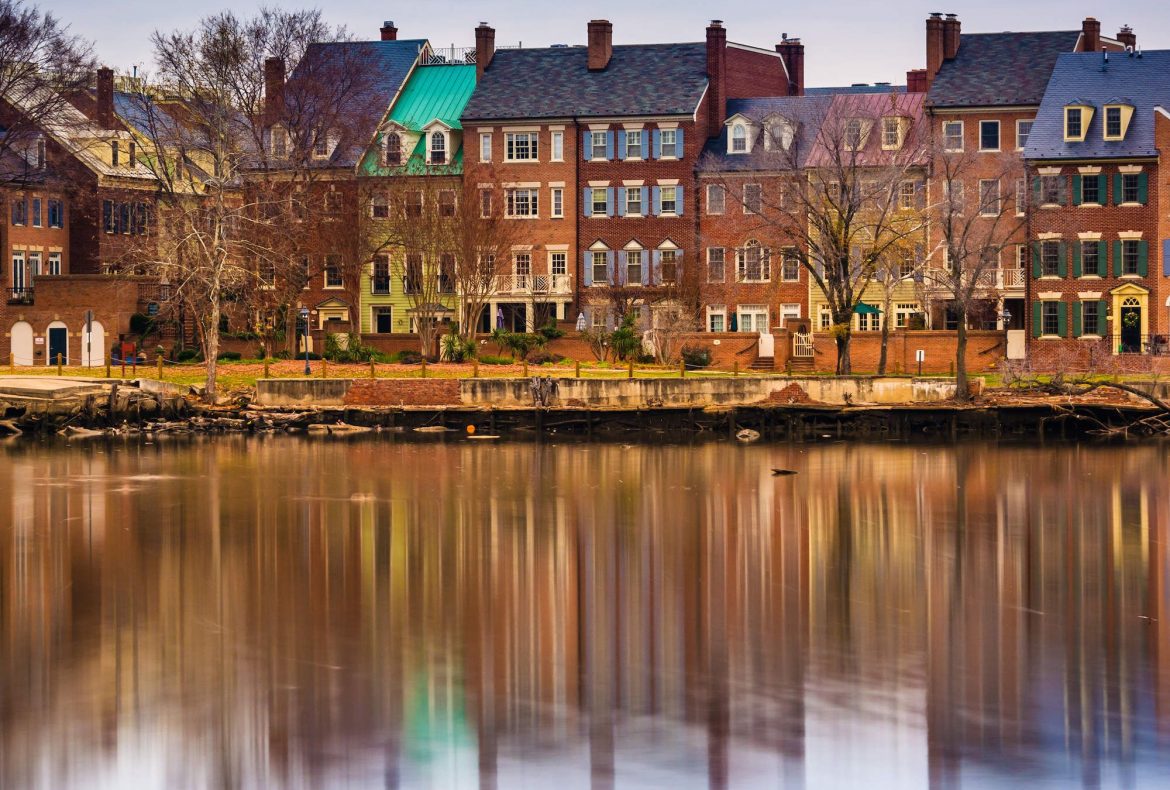 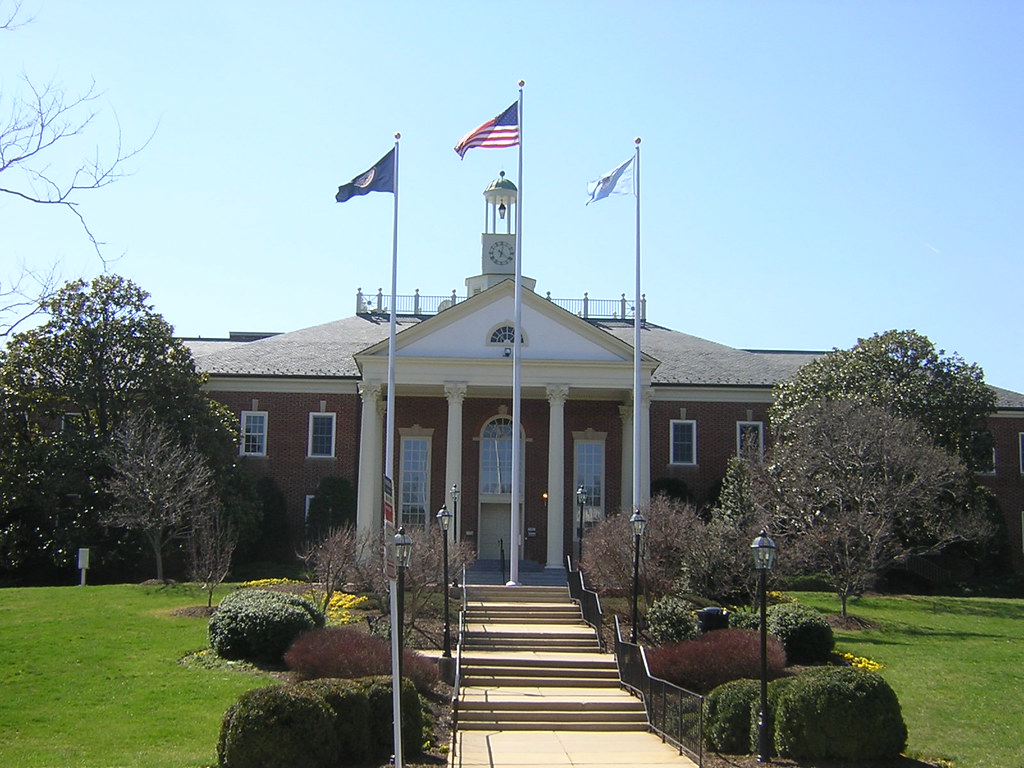 The City of Fairfax, colloquially known as Fairfax City, Downtown Fairfax, Old Town Fairfax, Fairfax Courthouse, or simply just Fairfax, is an independent city in the Commonwealth of Virginia in the United States. As of the 2010 census the population was 22,565, which had risen to an estimated 24,574 as of 2018. The City of […] 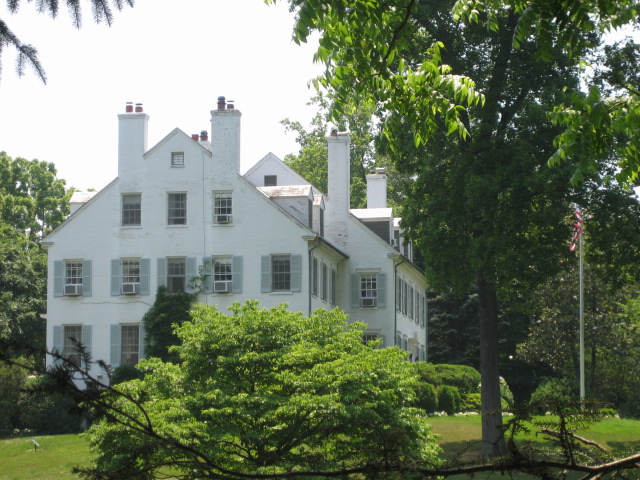 McLean is an unincorporated community and census-designated place (CDP) in Fairfax County in Northern Virginia. McLean is home to many diplomats, businesspeople, members of Congress, and high-ranking government officials partially due to its proximity to Washington, D.C. and the Central Intelligence Agency. It is the location of Hickory Hill, the former home of Ethel Kennedy, […] 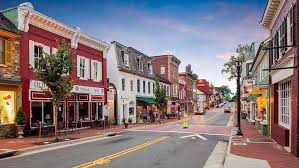 Leesburg is the county seat of Loudoun County, Virginia. It was built in 1740, and it is occupied by some of Virginia’s most famous families, being named for Thomas Lee, ancestor of Robert E. Lee. In the War of 1812, it became the temporary seat of the United States government, and in the Civil War, […] 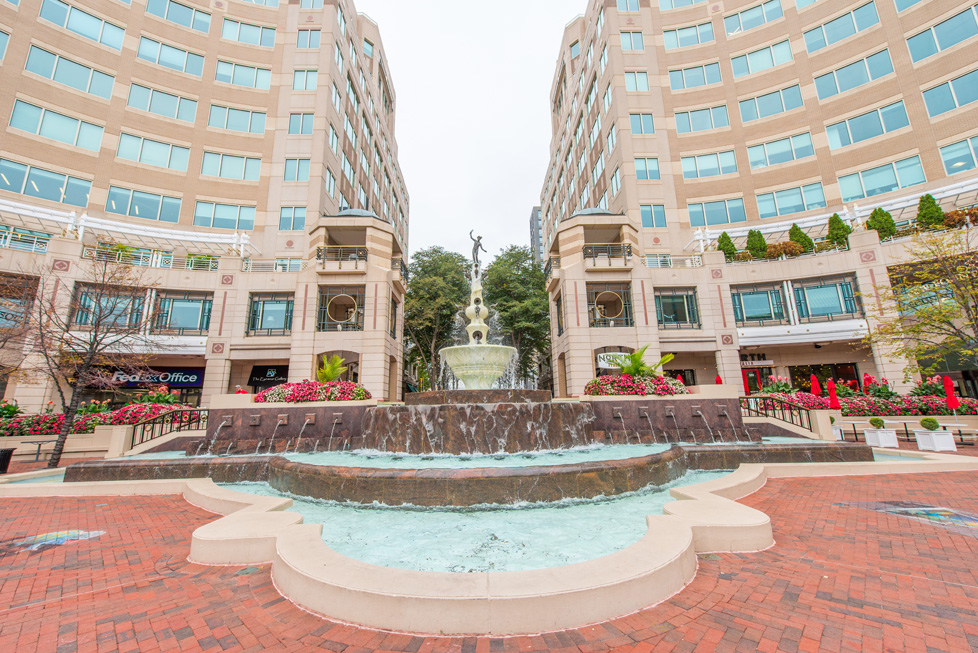 Reston is a census-designated place in Fairfax County, Virginia. Founded in 1964, Reston was influenced by the Garden City movement that emphasized planned, self-contained communities that intermingled green space, residential neighborhoods, and commercial development. The intent of Reston’s founder, Robert E. Simon, was to build a town that would revolutionize post–World War II concepts of […] 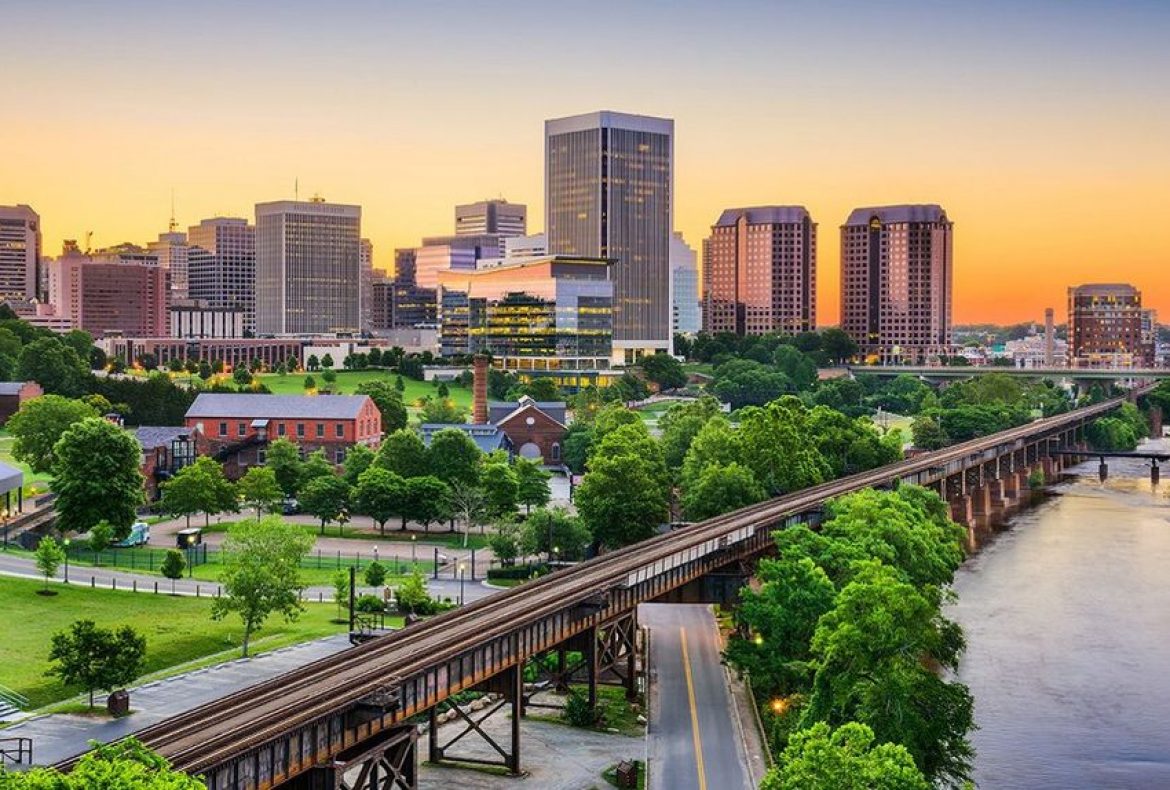 Richmond is the capital city of the Commonwealth of Virginia. It is the center of the Richmond Metropolitan Statistical Area (MSA) and the Greater Richmond Region. Richmond was incorporated in 1742 and has been an independent city since 1871. As of the 2010 census, the city’s population was 204,214; in 2018, the population was estimated […] 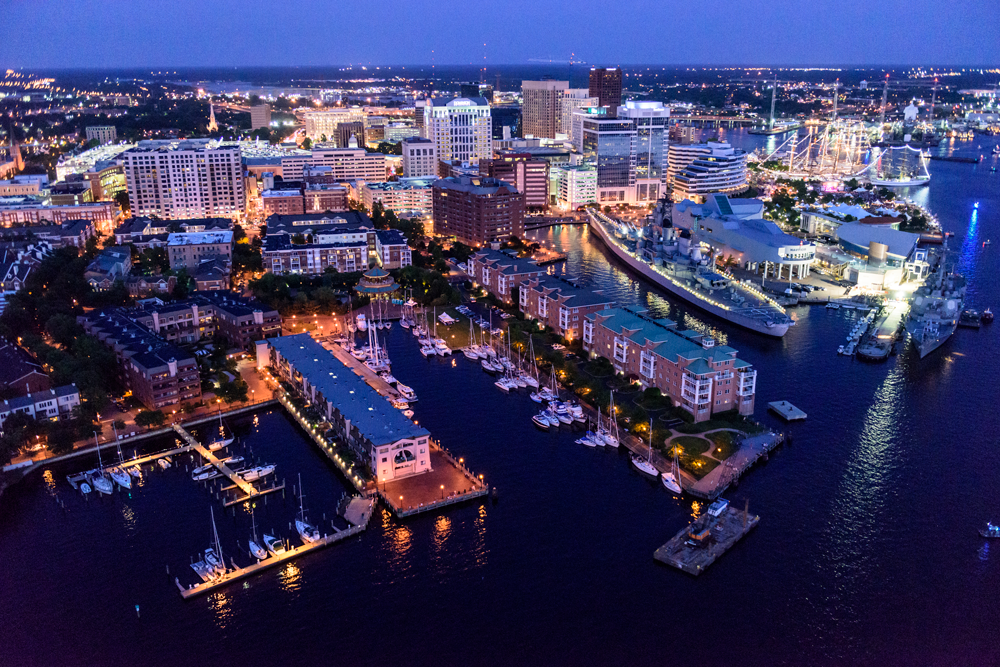 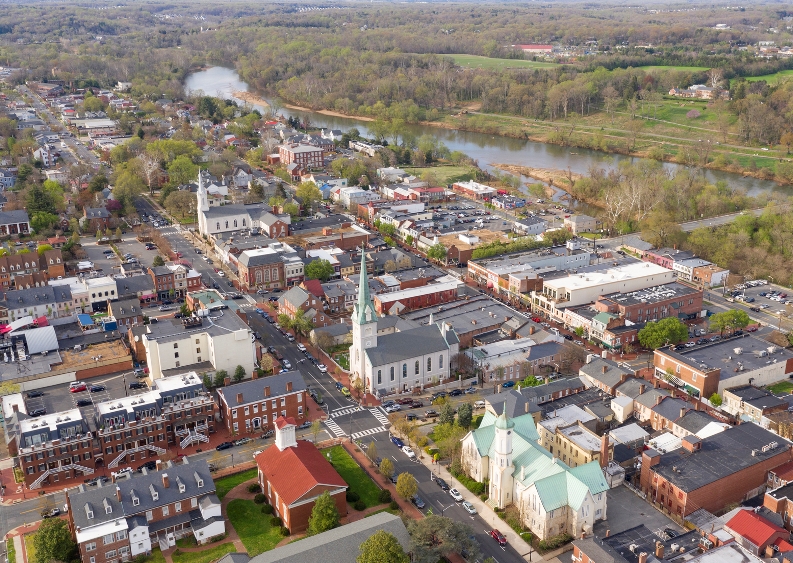 Fredericksburg is an independent city located in the Commonwealth of Virginia in the United States. As of the 2010 census, the population was 24,286,[2] an increase from 19,279 at the 2000 census. The city population was estimated at 29,144 in 2018.The Bureau of Economic Analysis of the United States Department of Commerce combines the city […] 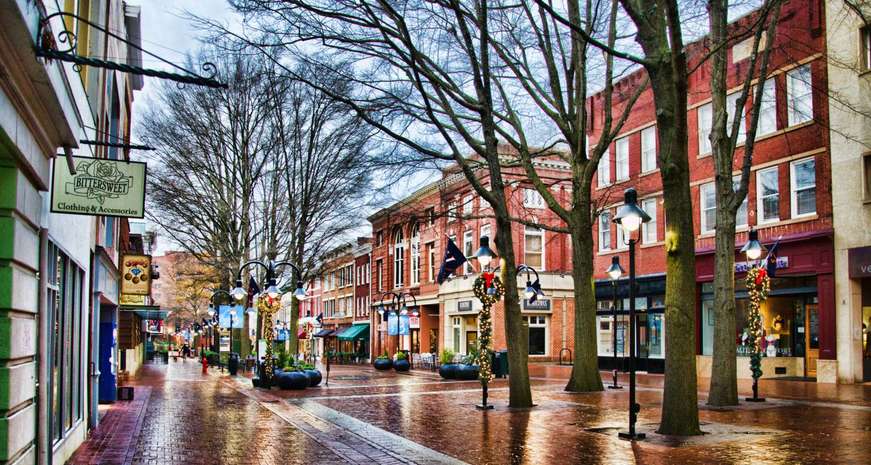 Charlottesville, colloquially known as C’ville and officially named the City of Charlottesville, is an independent city in the Commonwealth of Virginia. It is the county seat of Albemarle County, which surrounds the city, though the two are separate legal entities. It is named after the British Queen consort (and Electress of Hanover) Charlotte of Mecklenburg-Strelitz, […]